Maryland Center for the Arts 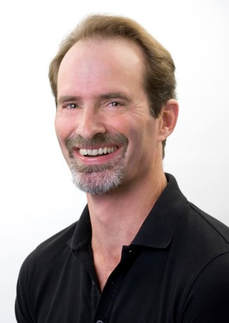 John Gardner was born in Lafayette, Louisiana, where he began his ballet training with Gwen Ashton. He subsequently trained at the National Academy of Dance in Champaign, Illinois, under the direction of Michael Maule. He received a scholarship to the American Ballet Theatre School summer program in 1977, and was invited to join the second company thereafter. In 1978 Mr. Gardner joined the main company of American Ballet Theatre, and was promoted to the rank of Soloist in 1984. Mr. Gardner’s diverse repertoire included many Soloist and Principal roles, represented an extensive range of styles, and afforded him the opportunity to work with many of the master choreographers of the twentieth century, including Antony Tudor, George Balanchine, Jerome Robbins, Agnes DeMille, Martha Graham, and Twyla Tharp.  In 1991 Mr. Gardner was invited to dance with Mikhail Baryshnikov’s White Oak Dance Project. He danced with the company for five years, and worked closely with many acclaimed modern dance choreographers, most notably Merce Cunningham, Paul Taylor, Mark Morris, Lar Lubovitch, and David Gordan. Mr. Gardner created numerous roles during his time with White Oak Dance Project, and toured extensively throughout the United States, Europe, Asia, South America, and Australia. He returned to American Ballet Theatre as a Soloist in 1996, and continued to perform with the company until 2002.

​​After retiring from the stage Mr. Gardner began to pursue a career as a teacher and coach. He taught the graded level program at Ballet Academy East in New York City for three years. During this time he also taught at various dance studios around the city, including Broadway Dance, where he had the privilege of working as a substitute teacher for the Master Teacher David Howard upon his request. Mr. Gardner has enjoyed his development as a teacher, coach, ballet master, and choreographer over the years, and has worked extensively at both the professional and student levels. He is a sanctioned repetiteur for the Antony Tudor Ballet Trust, and also stages the ballets of Agnes DeMille and Benjamin Millepied. He has been invited to work in these many capacities for ballet companies and schools around the world, including American Ballet Theatre, Colorado Ballet, Ballet West, Houston Ballet, Atlanta Ballet, Royal New Zealand Ballet, and Washington Ballet. Mr. Gardner is married to fellow dancer and repetiteur Amanda McKerrow. 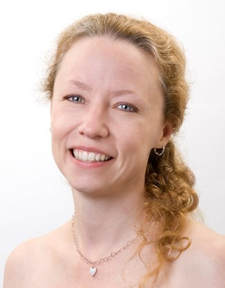 Amanda McKerrow is one of America’s most acclaimed ballerinas. She has the honor of being the first American to receive a gold medal at the International Ballet Competition in Moscow in 1981. Since then she has been a recipient of numerous other awards, including the Princess Grace Foundation Dance Fellowship.
McKerrow was born in Albuquerque, New Mexico, and began her ballet training at the age of seven at the Twinbrook School of Ballet in Rockville, Maryland. She later studied with Mary Day at the Washington School of Ballet, where she danced with the company for two years and toured extensively throughout the United States and Europe.

MeKerrow joined American Ballet Theatre under the direction of Mikhail Baryshnikov in 1982, was appointed a soloist in 1983, and became a principal dancer in 1987. Her repertoire included: the leading roles inCinderella, Giselle, Romeo and Juliet,Manon, La Bayadère, Coppélia, Don Quixote, The Sleeping Beauty, Swan Lake, La Sylphide and The Nutcracker. She has been acclaimed for performances of shorter works by George Balanchine, Antony Tudor, Sir Frederick Ashton, Jerome Robbins and Jiří Kylián. McKerrow has created roles in ballets by choreographers such as Twyla Tharp, Clark Tippet, James Kudelka, Agnes de Mille, Choo San Goh and Mark Morris. She has also appeared as a guest artist with ballet companies throughout the world.

​In 2000, together with her husband John Gardner, McKerrow began working for the Antony Tudor Trust, staging and coaching his superlative ballet, The Leaves Are Fading, around the country. She has also staged numerous other ballets for professional companies and schools across the United States. During her last ten years performing as a principal ballerina with American Ballet Theatre, she spent as much time as she could working with students and young dancers. Upon her retirement from ABT in 2005, she has devoted the majority of her time to teaching and coaching this great art form.